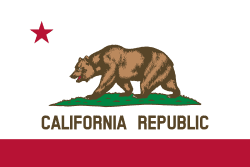 The History of Energy Deregulation in California

California was the first state in the country to introduce deregulated energy in 1996. The California Public Utilities Commission (CPUC) lifted caps on electrical supply prices, allowing electricity prices to respond to free-market supply and demand. Public utility providers were encouraged to sell their plants and supply chain to privately-owned companies, which increased competition for retail consumers and resulted in lower prices than before.

Enron and the California Energy Crisis

In the late 90s and early 2000s, Enron created an artificial electricity shortage in California. They took down power plants for maintenance during peak demand season. The resulted in higher electricity rates and rolling blackouts that made businesses and residents suffer.

The actions of Enron, as well as those of some politicians, led to the California Energy Crisis, which lasted from the year 2000 to 2001. Thousands of residents were burdened with the unacceptably high electricity and gas prices without receiving proper customer service and utility delivery.

Because of these conditions, the government had to take the necessary steps to control the situation and help their residents get affordable power back into their homes.

The result is the deregulation of energy in the state of California.

The deregulation of energy in California has significantly helped deliver more reliable gas and electricity services back into California homes. Businesses can now operate without fear of losing revenue due to blackouts. As a result, businesses and residents have more provider choices and competitive rates.

California is now one of the lowest power-consuming states in the country, with an average of 6.9-megawatt-hours per year. Residents have the option of natural gas, electricity, and solar power for their energy needs.

California residents have many options for electrical services, depending on their region. All licensed energy providers in the state are Electric Load-Serving Entities (LSEs) and must register with the California Public Utilities Commission. Customers may search for providers in their area here.

Nearly 45% of natural gas consumption in the state is for energy production, with the remainder split among residential, commercial, and industrial use. It’s mainly used for space heating and may be provided separately from electrical power. Natural gas isn’t available in all parts of the state, however.

California is one of 26 US States that have some form of energy deregulation whether it be electricity, natural gas or both. Use our interactive map to get more information on deregulated energy states in America.