In 1995, Larry Habb, the president and chief executive officer of Illinois Power Co. proposed the idea in a meeting that Illinois should have energy deregulation in order to give consumers choice and at the same time save money and energy.

Two years after that electricity policy meeting, energy deregulation was implemented in the state. But it was not without a fair share of problems. When the Illinois Electric Service Customer Choice and Rate Relief Law was first implemented, residential and small business customers were not allowed to purchase their electricity from alternative retail electronic suppliers (ARES), and were forced to get their supply from the utilities directly.

The Illinois Commerce Commission then took action. In order to help protect the residents and small businesses in the state, they reduced the price of electricity in Illinois by up to 20 percent. The rate was frozen for ten years in what was to be known as the “Mandatory Transition Period”.

In 2002, residents were finally granted the opportunity to choose an electric company to provide them their energy needs. But because of the rate cap for residents, a lot of ARES were reluctant to serve residents.

Today, there are over 52 ARES, or power companies registered in Illinois.

Quick Facts about Energy in Illinois 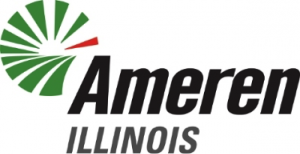 Ameren is responsible for electric power to most of Central and Southern Illinois. Ameren is best known for their top service to customers, and their dedication to keeping the streets bright.

With Quick Electricity, it’s never been easier to get same day electricity. We offer the LOWEST rates from the BEST energy brands in Texas. Whether it’a 24 month locked in rate or pay-as-you-go electricity, we have flexible payment options to suit your needs.
Read More...
Scroll to top