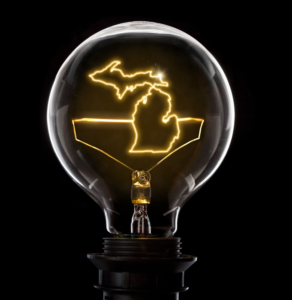 MI Deregulated electricity service territories: None, deregulation enacted but there are no electricity provider options as of 2022.

Choosing a gas provider is much easier since the market does not have a restrictive sales cap: almost half a million Michigan households have participated in the market. Alternative gas suppliers operate under oversight from the Michigan Public Service Commission, and you also have the option of staying on the regulated gas tariff.

Gas deregulation was implemented gradually in Michigan. At first, only large consumers could choose their gas providers, but the program was soon expanded to homeowners and other small consumers due to its success.

Learn more about US states that have deregulated energy.