Know Your TDU: Transmission and Distribution Utilities in Texas

When you purchase electricity in Texas, there are actually two companies involved in the sale. The Retail Electricity Provider (REP) sells energy plans to homes and businesses, while the Transmission and Distribution Utility (TDU) delivers that energy to the point of use with power lines and transformers.

You can choose your electricity provider, but your TDU is determined by your address, since only one company is in charge of the power grid for a given area.

There are five electric utility providers in Texas:

Most of the Dallas/Fort Worth metropolitan area is served by Oncor, and Houston is home to CenterPoint. AEP North delivers power to Abilene and surrounding areas, while AEP Central covers Corpus Christi and the Rio Grande Valley. TNMP service locations include Lewisville and many Gulf Coast communities.

Check out our map below, or use your zip code to find your local utility provider.

Click on your area’s TDU for more information including current electric rates, money saving incentive programs, and how to report power outages near you.

Use our Texas power grid map to find the local utility company in your area. 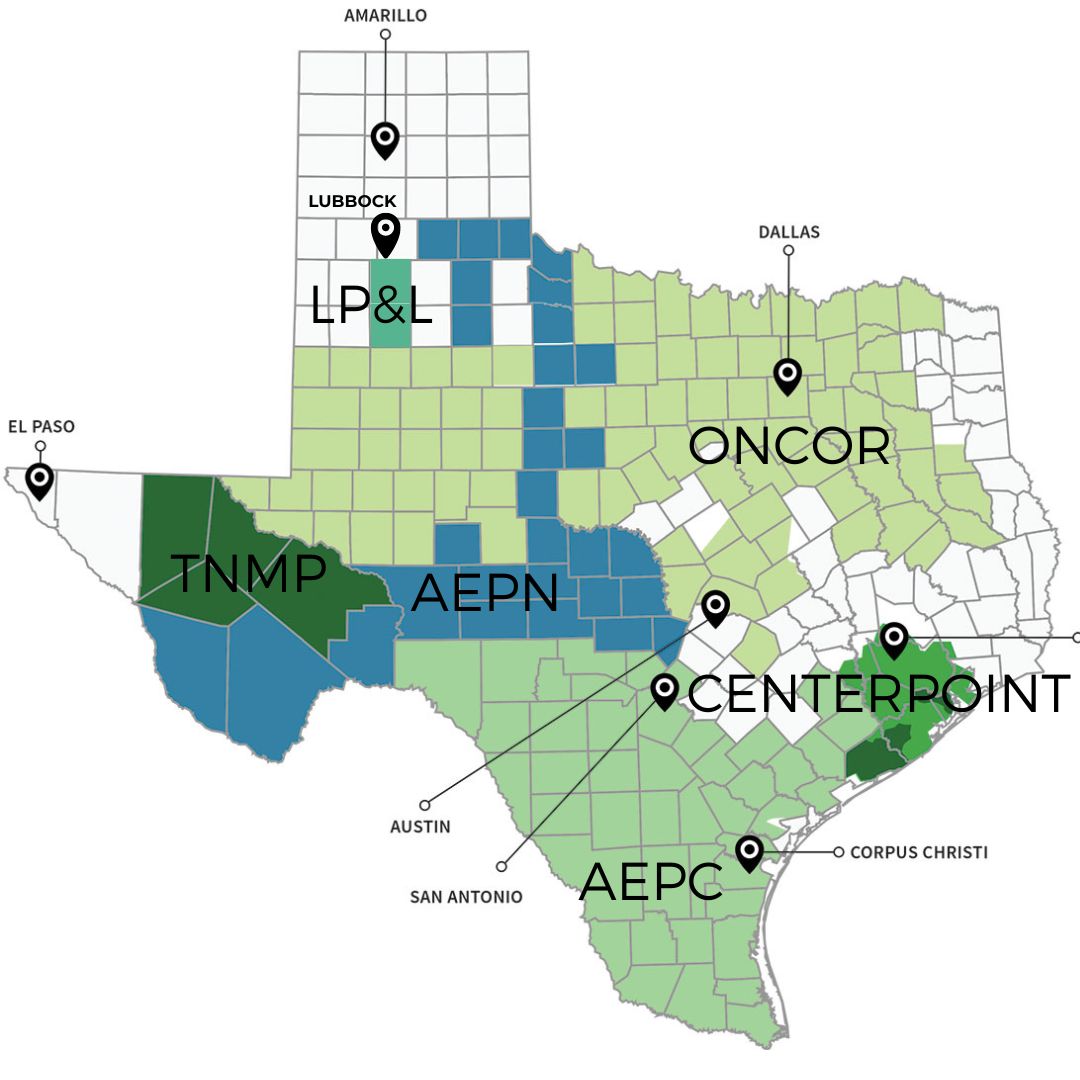 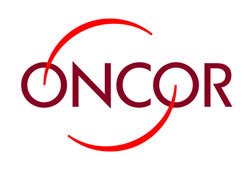 Oncor is the largest TDU in Texas, delivering electricity to more than 10 million residential and commercial customers. Oncor manages the largest energy incentive program in the state, which provides financial incentives for energy efficiency measures and solar power systems. The program is available for residential and commercial consumers, and its budget is renewed each year: there is more than $11.2 million in funding available for 2022.

If you live in the Dallas-Fort Worth metropolitan area and its surroundings, chances are your electricity is delivered by Oncor. Their service area covers more than 400 cities and towns including Dallas, Fort Worth, Odessa, Killeen, Tyler, Wichita Falls and Waco.

For your convenience, the Text Oncor service is available 24/7 for English and Spanish speaking customers. You can send a text message to report power outages at any time.

Oncor offers the Low Income Weatherization (LIW) program, as part of their broader incentive program. The LIW program focuses on insulation, air sealing and HVAC upgrades for households at or below 200% of the federal poverty line. Oncor has announced a budget of $800,270 for the LIW program in 2022.

American Electric Power (AEP) is present in 11 states, serving more than 5 million customers. The company is divided into two business units in the Lone Star State: AEP Texas Central and AEP Texas North. These two TDUs were formed by merging several smaller companies, which were acquired by AEP in 1997.

American Electric Power has the AEP Texas Central and AEP Texas North divisions, as mentioned above. However, the service territories of the two TDUs are actually different from what their names might suggest:

AEP’s Avian Protection Plan manages bird and power line interactions through a system-wide program across 11-states they service. The Avian plan works to protect larger species of birds from being electrocuted by substations, towers, and power lines.

AEP also provides incentive programs for many of their customers within the Texas Central zone. The programs in place help low-income households (below 200% federal poverty guidelines), new homeowners, solar homeowners, and customers who simply keep up service on their air conditioning units.

The specific incentives available vary for AEP Texas North and AEP Texas Central. However, both divisions have the Targeted Low Income Program, which is available for households at or below 200% of the federal poverty line. The program focuses on weatherization and energy efficiency measures, offering up to $6,500 per home.

CenterPoint Energy is present in 8 states, with 2.5 million electricity customers and 4 million natural gas customers. Like other utility companies in Texas, CenterPoint has several incentive programs for customers who want to save energy. These programs save around 215 million kWh per year, while preventing 152,000 metric tons of carbon emissions.

CenterPoint Energy provides electricity to the Greater Houston metropolitan area and surrounding counties. Their corporate headquarters from where they manage operations in other states are also located in Houston.

CenterPoint Energy Foundation grants are available for nonprofit organizations with tax-exempt status as public charities, located within the company’s service territories. CenterPoint Energy also manages the Hard-to-Reach incentive program for households at or below 200% of the federal poverty, focusing on weatherization and energy efficiency. The measures offered include ceiling insulation, water-saving plumbing fixtures, and LED lighting.

Texas New Mexico Power (TNMP) serves over 260,000 customers in western Texas. TNMP no longer operates in New Mexico, but their parent company PNM Resources Inc. is present in both states, with around 500,000 customers in total. TNMP offers energy incentive programs for its residential and commercial customers, and the company was named the ENERGY STAR Partner of the Year in 2016.

Unlike other major utility companies in Texas, TNMP has a service territory that is non-contiguous, split into three areas:

The TNMP Power Grants program supports communities in the company’s service areas, focusing on four key areas: community safety, community outreach, economic development and education. The total funding available for 2021 was $140,000, divided into individual grants ranging from $2,000 to $10,000 each. 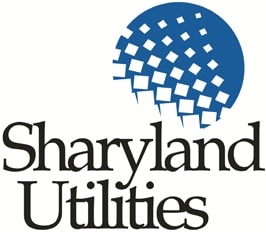 Sharyland Utilities was a relatively small TDU, serving 54,000 customers in a fragmented territory. The cities that were previously served by Sharyland (now Oncor) include Big Spring, Brady, Celeste, Greenville, Midland, McAllen and Stanton.

The Difference Between Utility Providers and Electric Companies

While your TDU distributes electricity and provides maintenance for the power grid in your area, the electricity company you choose will set up your account and send your bill. Texans who live in energy deregulated areas (90% of the state) have a choice in electric providers.

At Quick Electricity, you can compare energy provider plans and sign up with just a few clicks.