Why Does Texas Have Its Own Independent Power Grid?

The first electric companies in the US were created in the late 1800s, and there were no federal regulations for the electric industry when it was new. However, President Franklin D. Roosevelt passed the Federal Power Act in 1935, which regulated any electric company with operations across state borders. To avoid regulation, Texan energy companies from that time decided to operate without interstate connections, and this continues today.

In other words, the Texas power grid has been independent since its creation. There are neighboring grids that cover small areas of Texas (WECC, SPP, SERC), and they are subject to the FERC. However, 90% of the state’s population gets electricity from the ERCOT grid, which has limited its operations within the state.

Electricity grids with interconnections across states are subject to the Federal Energy Regulatory Commission (FERC), but ERCOT is almost fully isolated. Minor interconnections exist, but they lack the capacity for large-scale energy trade with neighboring states.

Being isolated, the Texas power grid depends on internal resources to provide electricity. This is not normally a problem, since Texas has the highest energy production among all states. However, isolation makes the grid vulnerable to events like the February 2021 winter storm:

The summer months the most challenging for the Texas grid, since air conditioning systems in homes and businesses consume plenty of electricity. However, the February winter storm was an unexpected event that caught the energy industry by surprise. The extreme cold disabled natural gas wells and power stations that were not weatherized for such an event.

Who Controls the Texas Electric Grid?

ERCOT runs most of the Texas power grid, managing electric delivery and payments for 90% of the state’s population. They schedule and dispatch electricity on a daily basis, coordinating power stations and electric utility companies (TDUs) in the state.

In turn, ERCOT is subject to the Public Utility Commission of Texas (PUCT) and the Texas Legislature.

How is Texas Capable of Having its Own Power Grid?

Texas is the state with the largest energy resources, and this makes an independent power grid viable. During World War II, several electric utilities from Texas merged to support the war effort more effectively, and this created the Texas Interconnected System (TIS). However, these utilities decided to remain interconnected after the war, since this made their service more reliable. ERCOT was formed in 1970, and Texas had deregulated its electric sector by 1999.

Texas can have its own grid as long as it operates independently from other states. However, FERC regulations would apply if Texas joins a regional interconnection. As mentioned above, this has advantages and disadvantages: Deregulation has helped Texas keep its electricity rates below the US average, but the grid cannot draw power from neighboring states during an emergency.

How is the Texas power grid different from all other states?

Texas is the only state with an independent grid, which makes its own rules independently from the FERC. There are other states beyond Texas with a deregulated power sector, where you can choose your electricity provider, but their grids are interconnected regionally.

In addition to having an independent power grid, Texas also has a unique energy market. Normally, power generators are paid for energy production (amount of electricity) and capacity (having megawatts available on demand). However, the Texas wholesale market only trades energy, and there is no capacity market. As a result, there is an incentive for generators to sell electricity when demand and prices are high, but there is no direct reward for availability.

For example, a utility-scale battery can be profitable with a capacity market, since it can respond very fast to peaks in electricity consumption. However, the business case is less favorable with only an energy market, where peak prices are reached only a few times per year. This generally happens on hot summer days where homes and businesses are using air conditioning.

The Working Parts of the Texas Power Grid

Power grids are complex systems that combine electricity generation, transmission and distribution. However, the operation of the Texas grid can be summarized in the following points:

Power generators compete to sell electricity in a wholesale market, where prices are determined by supply and demand. This means energy prices are always changing: they rise when demand is high, and they drop when there is surplus generation available.

Retail electricity providers (REP) purchase energy in bulk and then resell it to homes and businesses.

Transmission and distribution utilities (TDU) like Oncor and CenterPoint manage the grid itself – neither generators nor retailers have control over the power lines and transformers. Each TDU has an assigned territory in Texas, which means you can choose your electricity retailer but not your utility company. Regardless of your energy provider, the local TDU will add a passthrough charge that can be compared to a “shipping fee” for electricity.

How much energy does the Texas power grid generate?

According to the US Energy Information Administration, Texas had an installed capacity of 132,942 megawatts by June 2021.

The state generated 46,245 gigawatt-hours (1 GWh = 1 million kWh) that same month, considering the energy needs of all sectors. For comparison, the average Texan home uses 1,176 kWh per month (14,122 kWh per year).

Blackouts and the Texas Grid

Having enough power plants for all homes and businesses is necessary, but not enough to achieve a stable power supply. Consider that electricity must be delivered to each building, and this requires a power grid with enough transmission and distribution capacity. Otherwise the grid will deal with frequent blackouts, regardless of how many power plants are connected.

Blackouts can have multiple causes, but the following are some of the most common:

According to ERCOT, there are more than 710 power stations in Texas. Using 46,500 miles of transmission lines, electricity from these power plants reaches over 26 million customers.

Power plants are distributed across the state of Texas, but most of the capacity is concentrated to the east, especially around the three largest metropolitan areas: Houston, San Antonio and Dallas-Fort Worth. Developers must obtain approval from the Public Utility Commission of Texas (PUCT) to connect a new power plant to the grid.

Why Did the Texas Power Grid Fail in February 2021?

To understand why the Texas power grid failed during the February 2021 winter storm, first we must discuss where electricity comes from in the state:

In general, natural gas wells and wind turbines in Texas are not weatherized for the extreme cold. As a result, the 2021 winter storm disrupted the two largest electricity sources in the state. With adequate weatherization, the power sector can become more resilient against extreme cold.

How secure is the Texas power grid today?

The Texas power grid normally reaches peak demand during summer, on the hottest days of August. This happens because many homes and businesses are using their air conditioning at full capacity. Generally, ERCOT can meet summer demand without blackouts, by planning new power plant additions and grid upgrades in advance.

However, the Texas grid was not prepared for an event like the 2021 winter storm, which caused a power consumption peak at an unexpected time of the year. The population was forced to shelter at home, driving up electricity consumption exactly when the two main power sources in the state were being disrupted.

To prevent a similar disaster in the future, Texas must weatherize its natural gas and wind power infrastructure for the extreme cold. The 2021 winter storm left 4.5 million Texans without electricity and over 200 casualties (over 700 according to some estimates). In addition, the resulting property damage exceeded $20 billion.

To achieve a reliable power supply, grid operators like ERCOT must do three things: forecasting energy consumption accurately, having enough power plants to meet the expected demand, and keeping the grid in optimal condition. This is only possible with ongoing maintenance, and grid infrastructure upgrades as needed. Contrary to popular belief, ERCOT is not a utility company, but rather the system operator who coordinates power plants and utility companies.

After the February 2021 winter storm and the energy conservation measures applied in June, the Texas power grid has received plenty of attention from the media and the public. In particular, there are concerns about possible blackouts when the next winter arrives. In this article, we will discuss some common questions about the Texan power grid, and how its technical challenges could be overcome.

The key to achieve a reliable electric service and prevent blackouts is planning. Electricity consumption grows with population and industrial development, and forecasting the load accurately is very important. With this information, power grid operators like ERCOT can plan the required investments: new power plants, new transmission lines, improvements to the existing grid infrastructure, and adequate maintenance.

What Happens to the Electric Supply as More People Move Into Texas?

Energy usage increases with population growth, but also with new technologies and lifestyle changes. For example, US electricity consumption per capita tripled between 1960 and 2010. Power grid operators like ERCOT are responsible for analyzing consumption trends and forecasting future demand, so new power plants and grid upgrades can be completed on time.

Population growth is a serious issue when no power plants are built and the grid is not upgraded. On the other hand, when there is continuous investment in the electric sector, supply can keep up with demand. However, there are two important requirements:

According to the latest projections, generation capacity in Texas will keep growing faster than demand between 2022 and 2026, gradually reducing the risk of blackouts. There was a reserve margin of 15.7% for summer 2021, but it will increase to 35.1% by 2023. Texas is also working on new legislation for the electric sector, which includes weatherization requirements to protect power stations from extreme cold.

To summarize, migration into Texas and local population growth are not an issue if new power plants are built to meet demand, and the grid’s capacity is expanded as needed. This can be combined with energy efficiency and renewable generation programs for homes and businesses, which reduce the amount of electricity drawn from the grid. 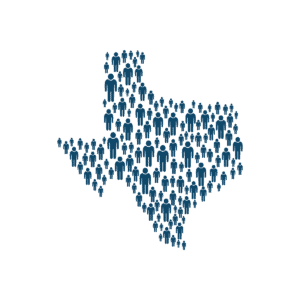 Does Adding Another City Like Lubbock Cause More Strain on the Grid?

Connecting additional cities to a power grid can be compared with population growth, since energy consumption increases in both cases. Lubbock connected to the ERCOT grid on the weekend of May 29-30, 2021, transferring 70% of the city load, which represents around 83,000 consumers. The remaining 30% (around 24,000 consumers) will be transferred in 2023.

Lubbock Power & Light is the first municipal utility company that joins ERCOT voluntarily, and the transition had been planned since 2015. Between 2004 and 2019, LP&L purchased its electricity from Xcel Energy through a 15-year contract. When this contract expired, LP&L joined the Southwest Power Pool (SPP) temporarily, before connecting to Oncor. The remaining 30% of customers will continue getting electricity from the SPP until May 31, 2023.

To continue operating independently, LP&L needed to build a power plant that could have cost up to $700 million. Now that this investment is not necessary, LP&L estimates power bill savings of 10% for the average residential customer in Lubbock.

Can You Sell Power Back to the Grid in Texas?

Homes and businesses with solar panels and other onsite generation systems often have surplus production. This electricity can be exported to the grid (net metering), and you get a credit on your next power bill.

Before installing solar panels or any other generation system, contact your electricity provider and ask about the conditions for net metering. If your current energy plan does not have net metering, you can simply switch to another one that includes the benefit. 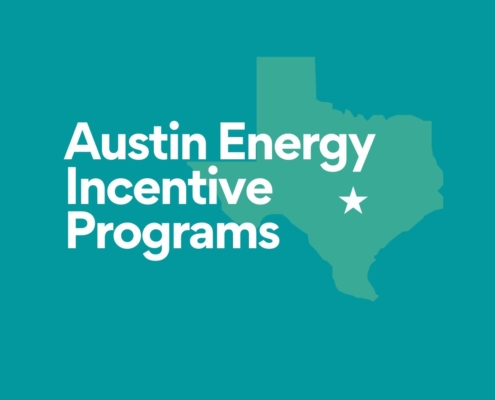 With Quick Electricity, it’s never been easier to get same day electricity. We offer the LOWEST rates from the BEST energy brands in Texas. Whether it’s a 24 month locked in rate or pay-as-you-go electricity, we have flexible payment plan to suit your needs.
Read More...
Is Electricity Cheaper in Deregulated States?