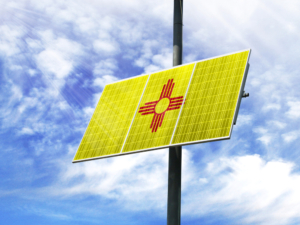 The New Mexico natural gas sector has been deregulated since the 1980s, but participation has been limited so far. Natural gas is the main heating fuel for around 60% of households in New Mexico, and the residential sector represents 20% of total gas usage. The commercial and industrial sectors account for 14% and 10% of gas consumption, respectively.

New Mexico is a major oil and gas producer, surpassed only by Texas. In 2021 alone, New Mexico received around $5.3 billion in tax revenue from the oil and gas industry, which also provides around 134,000 jobs. The state accounts for 9% of proven US oil reserves and 6% of natural gas reserves, sharing the Permian Basin with Texas. New Mexico only consumes around one-sixth of the natural gas it produces, and most of it is exported via interstate pipelines.

The electric power sector is the top gas consumer in New Mexico, representing around 57% of total usage. However, the state has also been working to develop its renewable generation capacity, which has now surpassed both coal and gas. Renewables provide 37% of New Mexico’s electricity, coal provides 35%, and natural gas provides the remaining 28%.

Learn more about energy deregulation in the United States.