Summer 2018: A Big Challenge for Electric Utility Companies in Texas

Texas Electricity: The Heat is On

Electric utility companies in Texas do not experience the same demand for electricity throughout the entire year. This is because most homes and businesses rely on gas-fired heating systems during winter, but use electrically-powered air conditioners during summer. In other words, the power grid experiences the lightest load during the cold weather, but its capacity is taken to the limit in hot summer days.

Grid operators must keep enough generation capacity to meet the highest demand expected for summer, and power lines must be designed accordingly, or otherwise blackouts become frequent. These blackouts are highly disruptive for businesses, and even life-threatening for persons with certain health conditions. 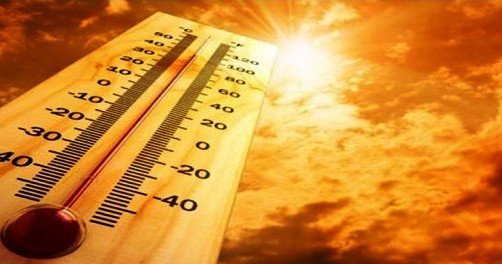 The Oil and Gas Boom in Western Texas

When the oil barrel reached prices above $100 between 2011 and 2014, it stimulated large-scale investment in fracking operations in western Texas. In simple terms, fracking consists on injecting water underground to push oil and gas out of shale rock formations, something that had not been commercially viable before. Water is mixed with abrasive particles and thickening agents to improve the effectiveness of the fracking process.

After oil dropped below $30/barrel in early 2016, these new fracking wells had to increase their efficiency and cut down costs to survive the downturn. They started using a solution with increased sand content to improve the yield of fracking wells, and this increased the demand on local sand mines.

Oil prices have rebounded above $70/barrel as of May 2018, and investment in the west Texas fracking industry is high again. While this boosts the state economy, managing the local power grid has been a significant challenge:

According to the Electric Reliability Council of Texas (ERCOT), power grid load had never increased at such a fast pace, anywhere on the state. Note that ERCOT oversees 90% of all electrical transmission and distribution infrastructure in Texas. Oil and gas companies can deploy their own diesel or natural gas generators to meet their electricity demands, but this approach is extremely expensive, and they prefer to wait for power grid upgrades.

The Permian Basin in west Texas has a very low population density, with only 16 inhabitants per square mile. Electricity demand was only 22 MW in 2010, before the shale oil boom, but it is expected to reach 1,000 MW by 2022. This represents an increase of over 4,400% in only 12 years.

The growing oil and gas sector in western Texas has not only placed pressure on the local power grid infrastructure. Roads are saturated, housing availability has dropped, and of course the existing pipelines are at their limit. Western Texas also has the best sites for solar and wind power: although these projects can help meet local demand, they also demand grid infrastructure upgrades to be connected.

Effect on Texan Homes and Businesses

Upgrading power networks is very expensive, and these projects are often financed by increasing the transmission and distribution charge in power bills. In Texas you have the power to choose among electricity generators, but the power network charges are unavoidable. Consider that the electricity you consume must travel through the network, regardless of which generating company provides it.

The shale oil boom in western Texas compromises the power supply locally, since excessive load can lead to power grid faults or programmed interruptions. However, the increase in network costs is felt in the entire state. Three utility companies serve most of the Permian Basin, where fracking activity is concentrated: Oncor, AEP Texas and Texas-New Mexico Power.

Can the Grid Keep Up with Air Conditioning?

Air conditioning is by far the highest electricity expense for Texans during the summer, and it takes power grid capacity to its limit. On a hot summer day, around half of the energy output from all power plants in the state is consumed by air-conditioning systems. Electricity demand during summer 2018 is expected to be the highest ever in Texas, and there are concerns that the existing power plants and grid will be unable to keep up.

Coal has been a cheap source of power for Texas, but only because the power plants using it are around 30 years old, and their upfront cost was recovered a long time ago. New coal-fired power stations come with a much higher electricity price, and getting the environmental permits required is extremely difficult. Investors are preferring the low operating cost of renewable sources, and the generating flexibility of natural gas.

A major blackout in Texas would require many unfavorable conditions appearing at the same time, but the possibility exists. For example, the following scenario would be very challenging to manage for utility companies:

Sharp increases in electricity prices are much more likely than a major blackout, given how kilowatt-hours are priced in the wholesale market. Real-time prices are based on supply and demand, just like the price of stock in Wall Street.

The maximum spot price allowed by ERCOT in the wholesale electricity market is $9,000 per MWh, which translates into a hefty $9.00 per kWh. Although these price peaks have a short duration, only occurring when the grid is extremely burdened, they drive up the retail kWh prices paid by Texan homes and businesses.

Since electricity consumers in Texas can choose energy providers and payment plans, it is possible to mitigate the hefty power bills expected for summer 2018 with smart decisions.

Be careful if your electricity plan expires during the summer months. In many cases, you are automatically switched to a monthly rate upon expiration, and could see a drastic power bill increase. The best strategy is securing a low kilowatt-hour price for the entire summer – be on the lookout for electricity plans with volume discounts on the kWh price.

With Quick Electricity, it’s never been easier to get same day electricity. We offer the LOWEST rates from the BEST energy brands in Texas. Whether it’s a 24 month locked in rate or pay-as-you-go electricity, we have flexible payment plan to suit your needs.
Read More...
Texas Net Metering and Solar Buyback Programs