The Power to Choose Energy in Texas

The Texas electricity market was deregulated in the year 2002, allowing Retail Electric Providers (REPs) to compete in a free market. In other words, electric utilities no longer hold a monopoly over the energy supply in Texas.

Currently, around 85% of Texans can choose their electric companies, and this includes Houston and the Dallas/Fort Worth metroplex. However in Lubbock, El Paso, San Antonio and Austin, electricity remains regulated. 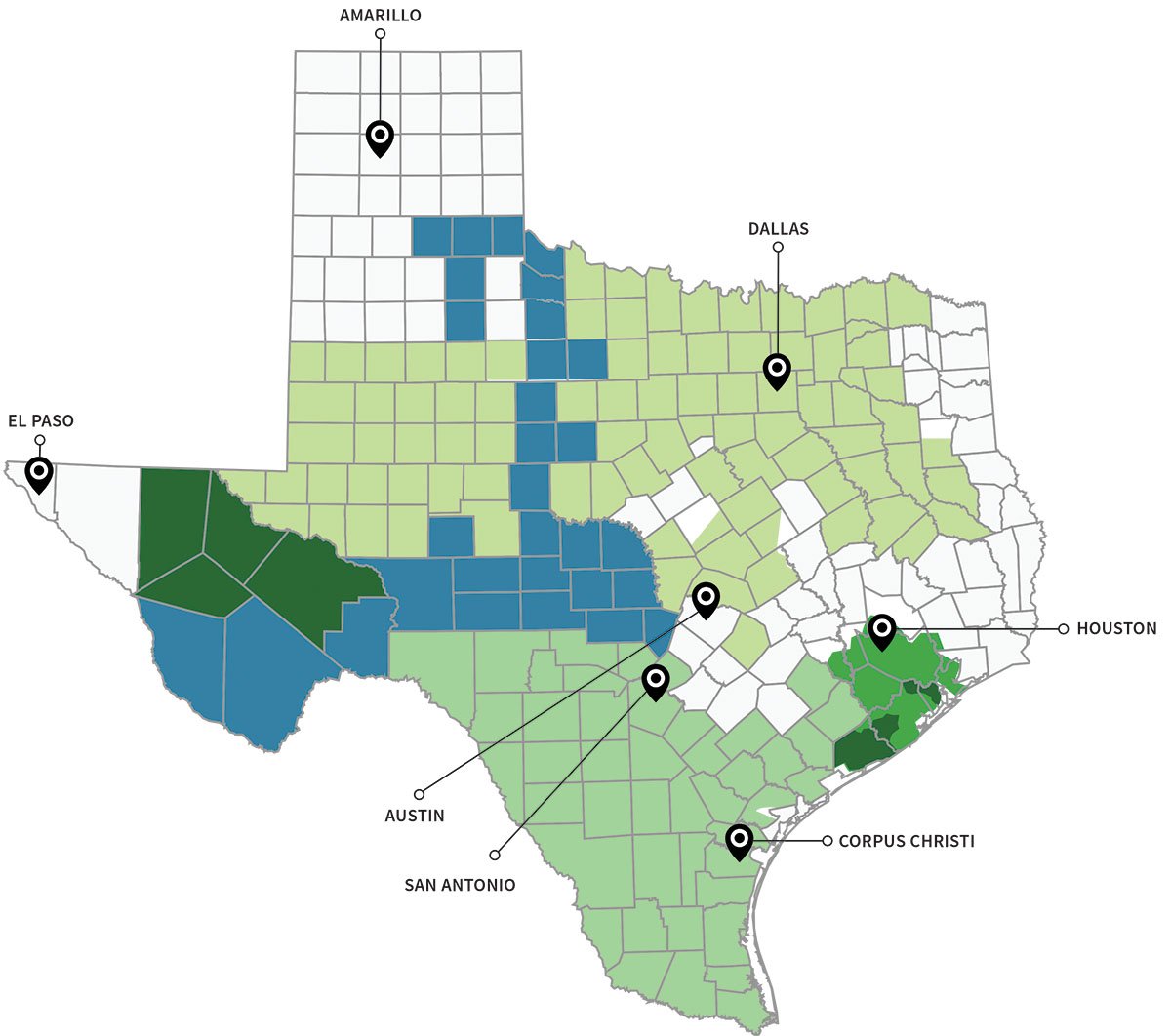 Why Haven’t All Electric Utilities in Texas Been Deregulated?

You might be wondering then, why can’t all Texans choose their electric providers? This has to do with how deregulation was legally structured: it was made mandatory for investor-owned utilities, but optional for municipal utilities and electric cooperatives.

In other words, these companies can decide not to participate in the competitive retail electricity market.

These companies can only become deregulated through a resolution by their board of directors or governing body; however, once they agree the process is irreversible.

There are also areas of Texas that are served by private utilities, but where there is not enough competition in generation to successfully establish a retail market downstream.

This also applies to areas where the existing grid interconnections are inexistent or unable to support energy purchases from other locations in the state. Some examples of this are the territories served by Energy Gulf States and AEP SWEPCO.

Major Cities in Texas Without a Retail Electricity Market

San Antonio, El Paso, Austin, Amarillo, and Lubbock are among the largest Texas cities without a competitive energy market yet. The reasons are summarized in the following table:

Although deregulation is not mandatory for LP&L, the municipal utility is taking steps to deliver more affordable electricity to its customers in and around Lubbock. Currently, the utility is purchasing all of its electricity from Xcel Energy. The contract is set to expire in 2020. At that point, LP&L will join the Electricity Reliability Council of Texas (ERCOT) and interconnect with the statewide grid.

The main benefit of this move is that LP&L will no longer rely on a single wholesale provider, and will be able to purchase electricity from the 550 generators spread throughout Texas who are connected to the power grid.

Rather than being bound to a single provider, LP&L will now be able to select an energy mix that best suits the needs of its customers – solar and wind power are of special interest, due to how fast their cost has declined in recent years.

LP&L will also avoid having to invest in a new power plant that could cost from $350 million to $700 million, which would likely cause a sharp increase in electricity rates. Other key benefits are eliminating capacity charges and gaining a new source of income in the form of transmission fees, which are charged if other participants in the Texas energy market use grid infrastructure owned by LP&L.

It is important to note that Lubbock citizens will continue to purchase energy only from LP&L, which means this is not deregulation strictly speaking. However, electricity prices are expected to decrease while service reliability is improved.

Investment in a new grid interconnection will be required, but the technical and financial benefits for LP&L and its customers outweigh the cost of interconnection. The decision was taken after 19 studies carried out by third-party consultants and LP&L staff, and the project has been called the 2019 Solution.

If you live in a region of Texas without a retail electricity market, the outlook depends on your location. If you purchase electricity from a municipal utility or an electric cooperative, deregulation is only possible if the company voluntarily joins the retail market.

On the other hand, if you live in El Paso, Amarillo, or any other region served by an investor-owned utility, deregulation is just a matter of time. The retail electricity market will be available as soon as the grid infrastructure and wholesale market deliver the right conditions.

Update on Lubbock Energy Deregulation: On January 11, 2018, the Lubbock City Council approved a motion to join the Electric Reliability Council of Texas (ERCOT), which will bring electricity choice to Lubbock citizens. There are still many aspects to define, including the need for infrastructure upgrades and how Lubbock Power & Light will operate after the transition.

The next step is to perform feasibility studies and define technical requirements, which means the whole process will likely take a few years. Once energy deregulation reaches Lubbock, citizens will be able to shop around for providers by visiting QuickElectricity.com.

Quick Electricity is a free Texas electricity finder and operated by Lubbock native and third generation Red Raider, Mary Elston Pressler. With Quick Electricity you’ll find a variety of residential energy plans with the most competitive electric rates in Texas ranging from one month to two year terms.

With Quick Electricity, it’s never been easier to get same day electricity. We offer the LOWEST rates from the BEST energy brands in Texas. Whether it’a 24 month locked in rate or pay-as-you-go electricity, we have flexible payment options to suit your needs.
Read More...
Choosing Electricity Plans: Fixed, Variable or Market Rate Options