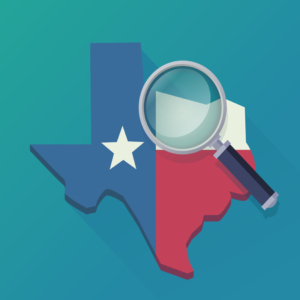 Advanced Metering Infrastructure (AMI): A system that combines multiple technologies across the grid, achieving real-time communication between electricity companies and consumers. This is accomplished with a combination of smart meters, data management platforms, and communication systems.

AEP Texas Central: A transmission and distribution utility (TDU) with a service territory that covers many areas of southern Texas, with more than 800,000 customers. This includes the cities of Corpus Christi, Harlingen, Laredo, McAllen and Victoria.

AEP Texas North: A transmission and distribution utility (TDU) with a service territory that covers many areas of central and western Texas, with more than 180,000 customers. This includes the cities of Abilene, Alpine, Harlingen, Laredo, San Angelo, Vernon and Victoria.

Base charge: A fixed monthly charge that is included in your electricity bill, regardless of the kilowatt-hour (kWh) consumption measured by your power meter. When comparing electricity plans, you can find the base charge in the Electricity Facts Label (EFL).

Delivery charge: The amount charged for the delivery of electricity, from the point of generation to the point of use. The delivery charge is normally applied per kilowatt-hour, and it depends on your transmission and distribution utility. Delivery charges are updated in March and September each year, and the following rates apply as of July 2022:

Demand: The rate or “speed” at which energy is being consumed, measured in kilowatts (kW). When large amounts of electricity are involved, megawatts (MW) or gigawatts (GW) are used instead. One MW is equal to 1,000 kW, and one GW is equal to 1,000 MW.

Demand charge: A monthly charge that is calculated based on the highest demand measured during the billing period. Demand charges are normally found in commercial and industrial tariffs; most residential and small business tariffs don’t have them.

Demand response: Adjusting electricity consumption according to the available supply. An example of demand response is using more electricity when there is surplus generation from solar and wind farms, and using less when these renewables have a low output.

Demand side management: Programs and technical measures that focus on lowering electricity demand among customers, reducing the overall burden on the grid. Demand-side management is a broad concept that includes demand response measures on a daily basis, but also long-term measures like energy efficiency upgrades and financial incentive programs.

Deregulation: Restructuring the energy sector of a state  or country to create more competition, giving homes and businesses the freedom to choose their energy provider. Vertical energy monopolies are eliminated with deregulation; different companies are in charge of power generation, grid operations, and retail sales.

Distribution: Delivering electricity from transmission lines and substations to the point of use.

Electricity Facts Label (EFL): A document included with all electricity plans in Texas, providing detailed information about the tariff. The EFL also includes a table showing how much you can expect to pay at different consumption levels.

Electricity plan: A contract between a consumer and a retail electricity provider, which explains the tariff applied and other billing conditions. An electricity plan includes other documents like the Electricity Facts Label (EFL), Terms of Service (TOS), and Your Rights as a Customer Disclosure (YRAC).

Electricity tariff: The kilowatt-hour price charged by an electricity provider. This price can vary depending on consumption levels, time of the day, or other conditions described in the Electricity Facts Label (EFL). An electricity tariff may also include other charges beyond the kWh price.

Energy audit: A detailed analysis of energy consumption in a property, which includes a detailed inspection of energy-consuming equipment and usage patterns. The main goal is identifying energy conservation measures that can improve performance and reduce operating costs, while being technically and financially viable.

Energy charge: A power bill charge calculated by multiplying your kilowatt-hour consumption during the billing period, and the corresponding kWh prices. The energy charge is determined by your retail electricity provider (REP), and added to the delivery charge, specified by your transmission and distribution utility (TDU).

Electric Reliability Council of Texas (ERCOT): ERCOT is the organization who operates the power grid in 90% of Texas, managing electricity distribution and billing. There are five major utility companies in charge of the grid, each serving different territories under ERCOT oversight: Oncor, CenterPoint Energy, AEP Texas Central, AEP Texas North, and TNMP.

Indexed rate plan: An electricity plan when the kilowatt-hour price is adjusted each month based on a pricing index that is publicly available. Indexed rate plans are also known as market rate plans.

Investor owned utility (IOU): A utility company that is owned by public or private investors, and therefore it operates for profit.

Kilowatt (kW): An electric power unit that describes the rate (or speed) at which electricity is being generated or consumed. Kilowatts are also used to describe the rated capacity of equipment that generates or consumes electric power.

Minimum monthly fee: A minimum fee that is included in your electricity plan, which is charged regardless of your consumption. This fee can vary depending on the electricity plan you choose, and not all plans have it.

Municipal utility: A non-profit electric company owned by a municipal government. Municipal utilities in Texas can choose to join the competitive electricity market, but they are under no legal obligation.

Off-peak: A term used to describe consumption, generation or other events that happen when the power grid is not under maximum demand.

On-peak: A term used to describe consumption, generation or other events that happen when the power grid is under maximum demand.

Provider of Last Resort (POLR): The default electricity provider assigned to consumers if their chosen provider goes out of business. The POLR electricity plan has high kWh prices, since the company assumes the risk of serving large numbers of customers who are suddenly left without a provider.

Power Purchase Agreement (PPA): An electricity supply agreement where the consumer agrees to pay a specified kWh price during the term of the contract. A PPA contract often specifies a price increase per year, but the consumer knows the exact rates that will be paid over time. In other words, a PPA offers predictable electricity costs.

Prepaid electric service: A type of electric service where you pay an upfront deposit, and consumption is subtracted from the available balance. Electricity providers who offer this type of service will generally send a notification when your balance is low, so you can make another deposit before it runs out.

Retail Electricity Provider (REP): A company who sells electricity to retail customers, including homes and businesses. REPs purchase electricity from generators in the retail market, and then resell that energy to customers, according to their chosen electricity plan. REPs also collect the delivery charges applied by transmission and distribution utilities (TDU).

Smart meter: An electronic measurement device that collects detailed energy consumption data in a property, and it can also monitor other variables such as voltage and power factor. A smart meter provides greater accuracy compared with a traditional power meter.

Transmission and Distribution Utility (TDU): A company in charge of delivering electricity from power plants to homes and businesses. This is accomplished with a combination of transmission lines, substations, and distribution grids. You can choose your retail electricity provider (REP), but there is only one TDU in each service territory, and their delivery charges are added to all electricity plans in the region.

Terms of Service (TOS): A document that must be provided by REPs with all electricity plans, explaining all the terms and conditions you need to know as a customer. This includes the duration of the service and any early termination fees.

Utility Company: A company who delivers a basic service like electricity, natural gas, or water.

Variable rate plan: An electricity plan where the kilowatt-hour price can change every month, depending on market conditions. The REP can also increase kWh prices at their discretion regardless of the market. A variable rate plan is different from an indexed or market rate plan, where kWh prices can only change based on a publicly available pricing index.

Your Rights As a Customer Disclosure (YRAC): A document that describes your customer rights in detail. The Public Utility Commission of Texas requires an YRAC disclosure in all electricity plans offered by retailers.

With Quick Electricity, it’s never been easier to get same day electricity. We offer the LOWEST rates from the BEST energy brands in Texas. Whether it’s a 24 month locked in rate or pay-as-you-go electricity, we have flexible payment plan to suit your needs.
Read More...
Scroll to top