ERCOT NEWS – The Latest On the Texas Power Grid

At Quick Electricity, we’re Texans too. As winter approaches, most of us wonder about the stability of our electric grid and worry about repeat blackouts. We’ve dedicated this page to all things Texas electricity in an attempt to keep everyone informed and impowered. Bookmark this page as Texas Grid Updates and return often, as we will keep you in the loop about ERCOT.

Texas has an energy-only electricity market, where power generators are only paid for kilowatt-hours that are actually delivered to the grid. Electricity prices are determined by supply and demand, which means they increase when power consumption is high with respect to generation. This happens on hot summer days when air conditioning takes the grid capacity to its limit, and it also happened in February 2021 during Winter Storm Uri.

An energy-only market ensures that power generators are only paid for electricity delivered, but it has a weakness: there is no incentive to keep generation capacity available for emergencies. Other states have both energy and capacity markets, and power companies are paid for:

A capacity market makes the grid more reliable, but the downside is an increase in operating costs when generators are paid for availability. On November 11, the Public Utility Commission of Texas published a proposal that would create a capacity market based on a performance credit mechanism (PCM).

Understanding the Performance Credit Mechanism Proposed by the PUCT

The Performance Credit Mechanism (PCM) creates a market of “performance credits”, which are purchased from power generators, by retail electricity providers. The cash flow provided by these credits creates an incentive to keep generation capacity available for times of high demand. The mechanism has penalties to make sure that both parties comply, and this results in a guaranteed power supply for electricity consumers:

The PUCT published the new performance credit mechanism on Thursday November 10, and feedback will be received until the final vote on December 15, according to an article published by The Texas Tribune.

E3 Consulting, a Colorado-based firm, was hired by the PUCT to analyze their proposal. They determined that the performance credit mechanism would add around $460 million in annual operating costs to the ERCOT grid. This represents a 2-3% increase with respect to current costs, but the PCM could make the grid 10 times more reliable, according to an article by Austin-American Statesman.

ERCOT Avoided Major Blackouts in Summer 2022, but at a Cost of $1 Billion

Texas broke its own electricity demand record 11 times during summer 2022, according to an article by Reuters, exceeding 80,000 MW and surpassing the ERCOT forecast of 77,733 MW. There were concerns about the grid’s ability to remain stable during summer, and there was a general fear of widespread power outages like those from February 2021.

ERCOT has successfully avoided rolling blackouts in 2022, but this has cost Texas $1 billion during the first seven months of the year. Two particular measures have been very effective:

Rolling blackouts were not necessary, even with record-breaking consumption during summer. However, Texans were asked twice to conserve electricity and raise their thermostats.

Texas is also dealing with power line congestion: generation is concentrated away from regions with high consumption, and transmission capacity is taken to its limit. Congestion costs reached $2.1 billion during the first seven months of 2022, according to the Independent Market Monitor. There have been times when kilowatt-hour prices peak in areas like Houston, while negative prices are reported in regions with extra generation – this means the grid does not have enough transmission and distribution capacity.

Update: The Texas Grid Has Been Holding Up During the Latest Ice Storm

Texas has been under an ice storm this week, raising concerns about major blackouts like those caused by Winter Storm Uri. However, the ERCOT grid is much more prepared this time, and last year’s storm  was also more extreme.

No major blackouts have been reported as of Friday, February 4. However, there have been local outages, which are typically caused when power lines are damaged by ice or falling branches. These scattered power outages have affected around 70,000 Texas, but this is nowhere near the 4.5 million homes that were left without power in February 2021.

ERCOT has a live dashboard where you can see how the grid is operating, which can be accessed with the following link:

Texas Is Having an Unusually Warm Winter in 2021

Texas is having above-average temperatures this December, and many climate experts agree that having another severe winter storm in less than a year is extremely unlikely. The warmer-than-usual Christmas is caused by a combination of factors: 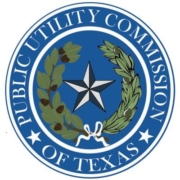 The Public Utility Commission of Texas Is Changing the Energy Market

The blackouts caused by Winter Storm Uri in February 2021 raised major concerns about the reliability of the Texas power grid. Currently, the state has an energy-only market where electricity is priced based on supply and demand.

On Thursday December 16, the PUCT approved several changes for the Texas energy market. The market will now reward power generators for their availability and reliability, and this includes payments for generators with onsite fuel storage, and for those who can respond quickly to grid frequency changes. To complement these measures, the PUCT will also introduce incentives for large consumers who can lower their demand when the power grid is burdened.

There have been mixed reactions to these changes. An energy market structure that rewards reliability can make the power supply more stable, representing an improvement beyond the current scarcity-based price model. However, energy experts and consumer advocacy groups are concerned that the recent market changes could increase electricity prices.

The North American Electric Reliability Corporation (NERC) published the 2021-2022 Winter Reliability Assessment. They concluded that the ERCOT grid can operate without problems under normal winter weather. However, if there is another extreme weather event like Winter Storm Uri (February 2021), blackouts are very likely in Texas.

The latest NERC assessment covers the period from December 2021 to February 2022, and the following were some of their key findings and conclusions:

In the worst-case scenario, NERC has forecast a capacity shortfall of -37.1% for the ERCOT grid. However, this would require another extreme event like Winter Storm Uri, and this scenario is not expected with normal winter weather. NERC has estimated a 0.7% probability of having large-scale blackouts in Texas due to extreme weather during the 2021-2022 winter. 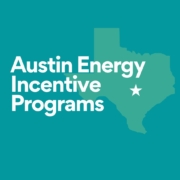 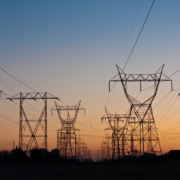 With Quick Electricity, it’s never been easier to get same day electricity. We offer the LOWEST rates from the BEST energy brands in Texas. Whether it’s a 24 month locked in rate or pay-as-you-go electricity, we have flexible payment plan to suit your needs.
Read More...
Troubleshooting a High Electric Bill in Texas